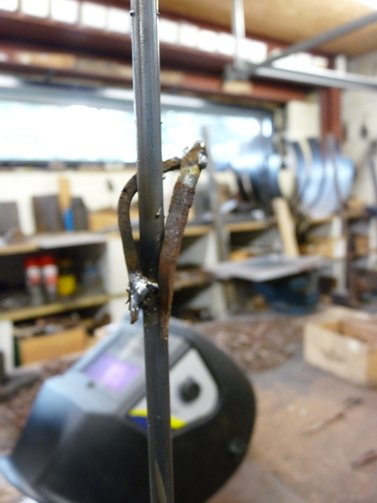 I started to souder the Saturday, morning and an agricultural engine factory owned by a friend, Eugène Cheniaux.

During the restauration of a family house, heritated or some nails. Thanks to souder, I will give them life. My activity evolved to become artistic souder.

A first exposition in a gallery in Crupet allows me to present my first art pieces only made with nails from the family house.

During spring 2007, a blacksmith made me descover the magic power of fire : I want to associate souder and ironmangering.

A hazard became a passion…

The nails I work with are from restaurations projects of roofs, attics, or houses skeletons and floors… they were made by hand crafters who would have never guessed the industrial revolution was going to pass by around 1850.

During the 19th century, in the country side, a big panel of crafts, were exercised, during the empty shift of work in the field. Sometimes even at home the man was making nails or wooden shoes. His wife help him make nails or was spinning wool. The activity was providing some appreciable complementary earnings. 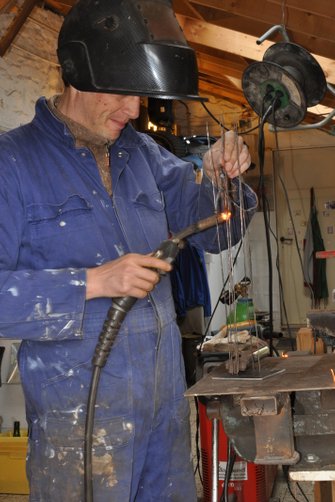 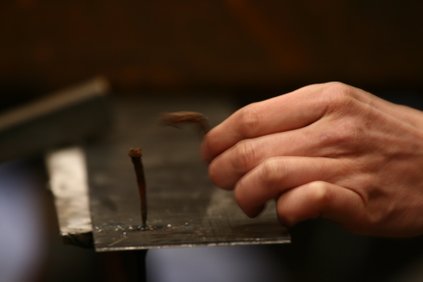 Sometimes, it happened that we could see the establishement of the first factories in the country side. For exemple, people could make nails all together during winter and would be growing Tabaco during summer.

For exemple the nails from the Belgian city of Fontaine l’Evêque became known worldwide and made the wealth of the city.

When I got my first nails it was thinking about the rich history that I paid attention to them and kept them. Then it took me a few month for the idea to mature and then one day…

Since, I travel across the country with sometime the attention taken away by a renovated building . there, I, sometimes, found some nails forged during winter, a long time ago.

bringing them back to life, is for me a way to keep alive the memory of those people, of our history… of our roots. 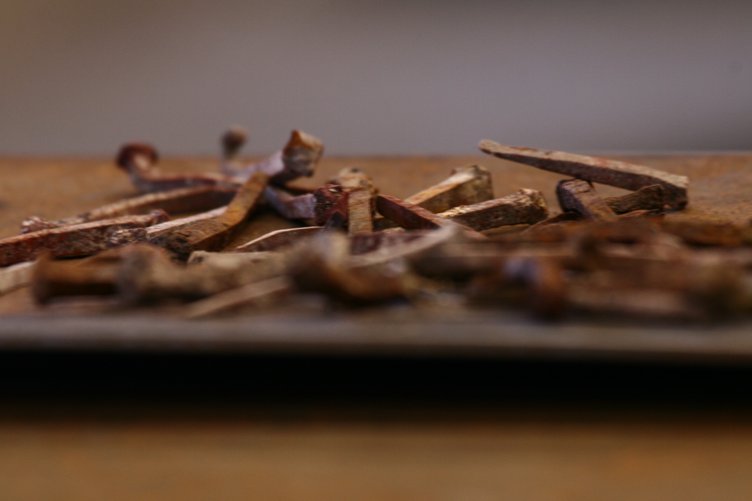